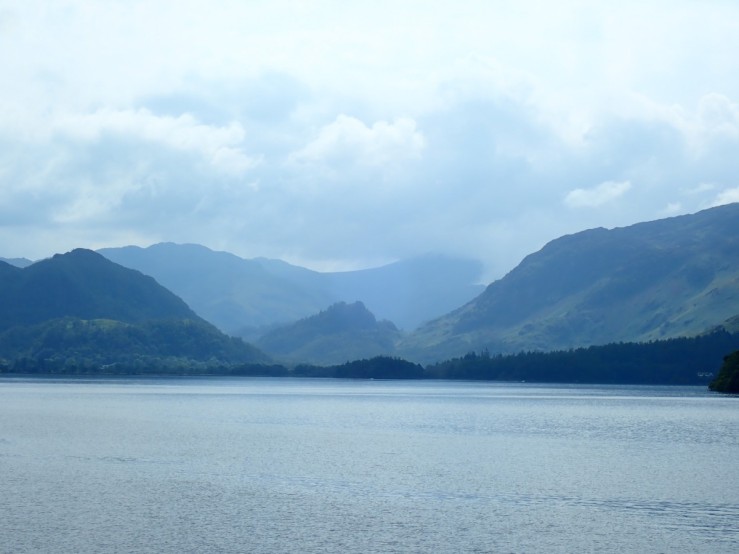 The view in the pictures show the difference that 182m elevation make to the range of visibility. The top photo is taken from Friar’s Crag, a popular point made famous by John Ruskin. The lower one, from Castlehead crag, provides a panorama of many peaks: Skiddaw, Grizedale Pike, Robinson, Blencathra among them. 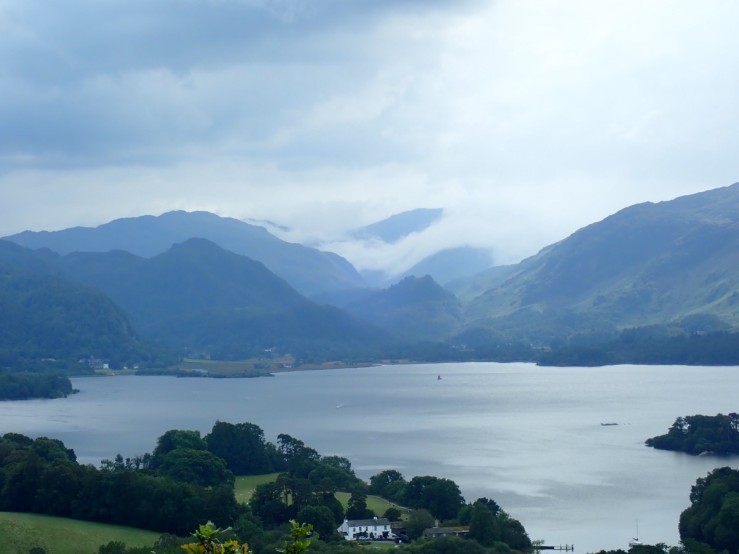 Both crags are intrusive geological features not part of the Borrowdale volcanic group. Formerly the rock, shown below was thought to be dolerite but now due to its quartz content is defined as Diorite, an intrusive igneous rock strong enough to survive ice age erosion. The pictures shows the dark  colour and fine grained texture. 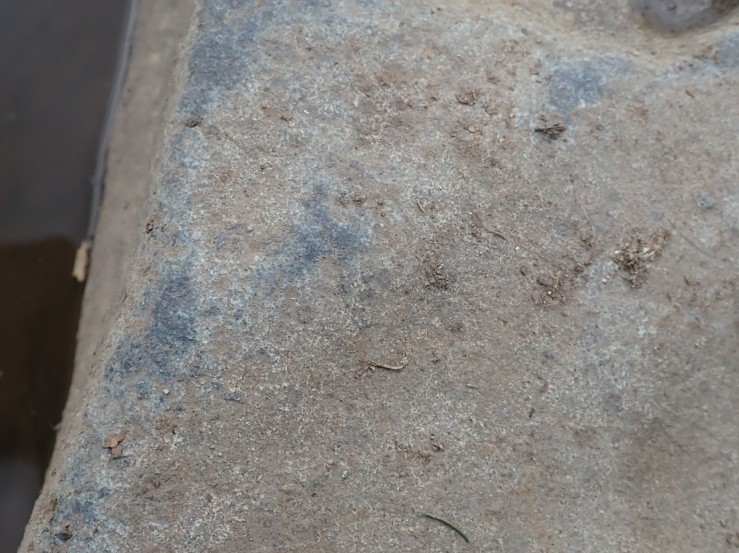 Although it was a quick survey there were interesting plants in the woodlands. Common Cow-wheat (Melampyrum pratense) is a semi-parasitic plant growing near Friar’s crag.. Because the seed of the plant has an elaiosome (fleshy structure) which is attractive to wood ants, the ants disperse the seeds when they take them back to their nests to feed their young. Since the ants rarely carry the seeds more than a few yards, the plant is an indicator of ancient woodland. 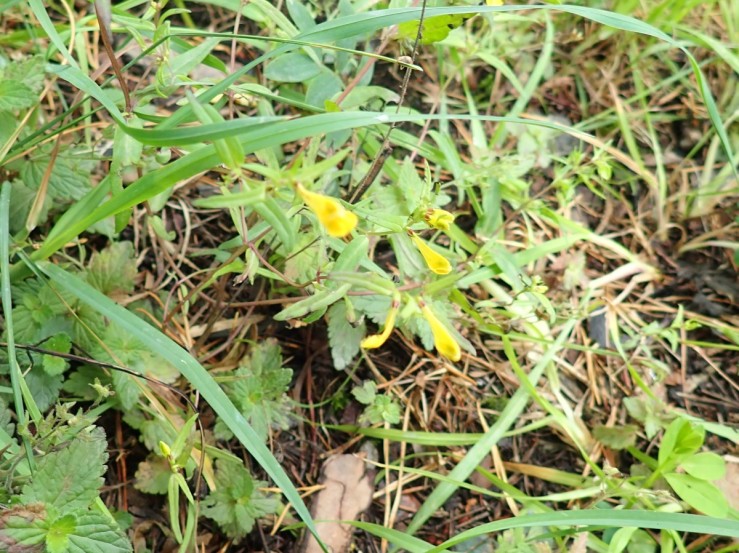 European Goldenrod (Solidago virgaurea) in full flower. Bees are attracted to it for its late season nectar. 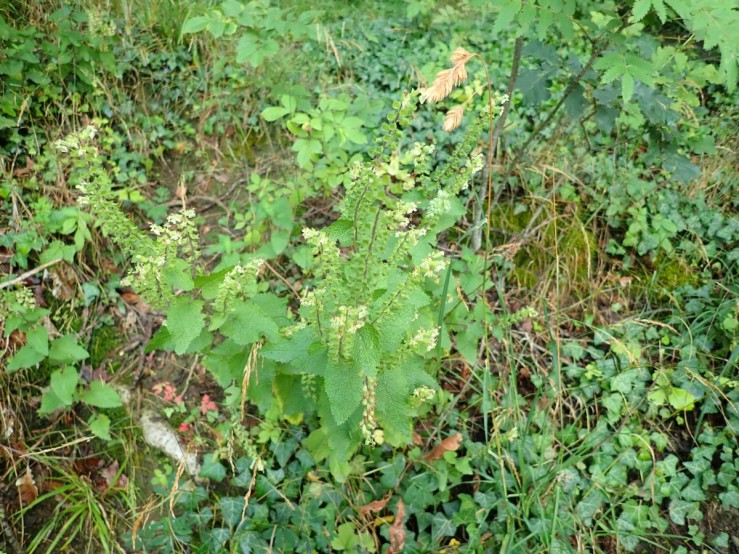 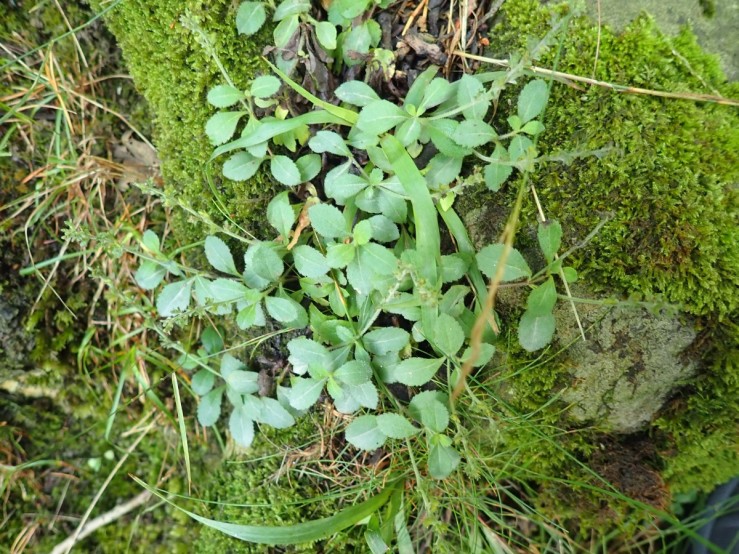 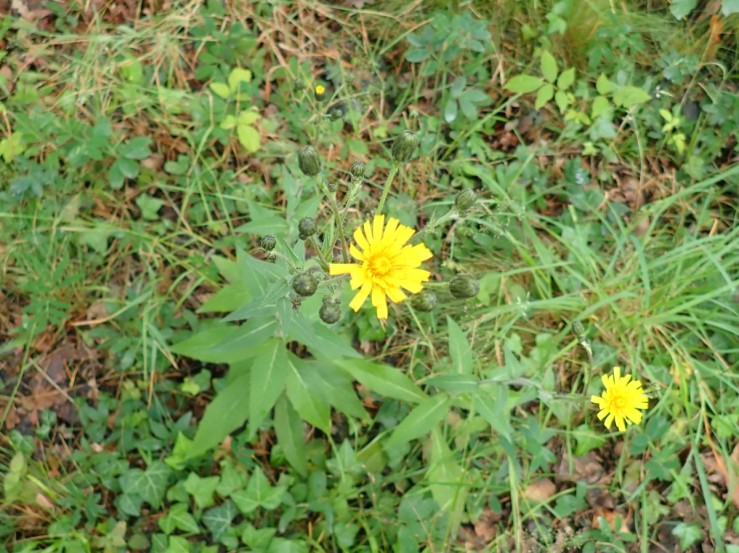 On Castlehead crag there is a deciduous Alantic woodland. Mainly of Sessile oak (Quercus petraea) with Holly, Birch and Hazel understorey. Scots pine had colonized the craggy tops while Stonecrop Sedum album was creeping along the stony cracks and hollows. 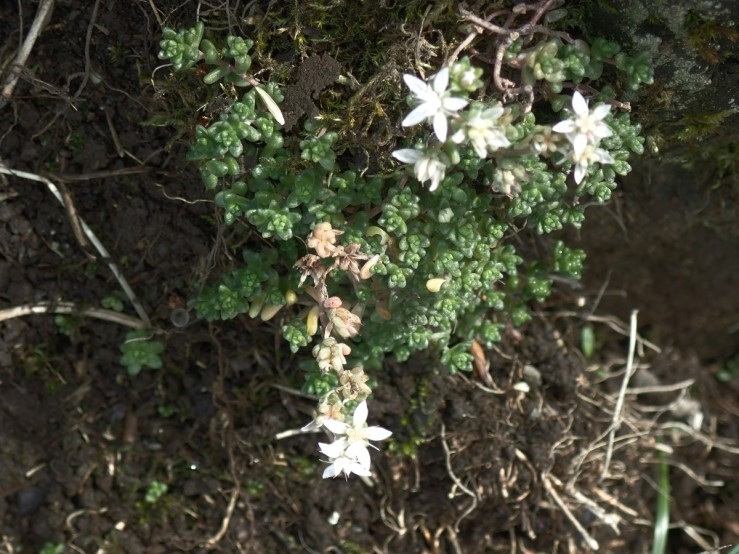 The site is noted for lichens but need to be covered separately. 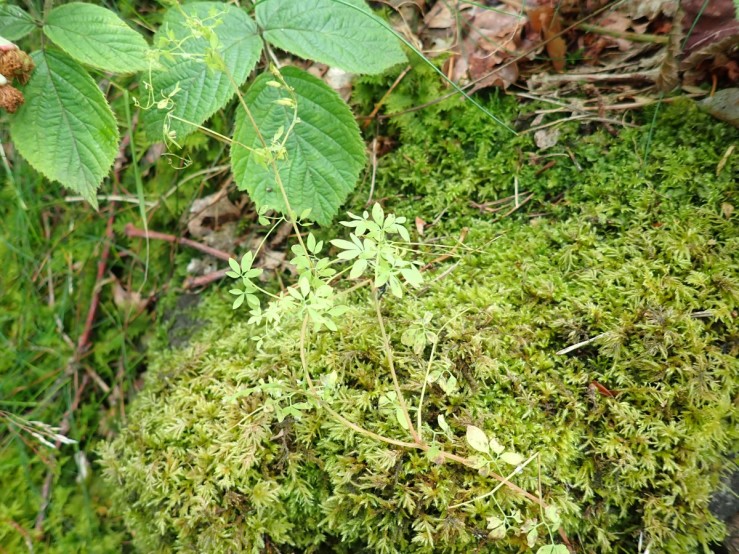